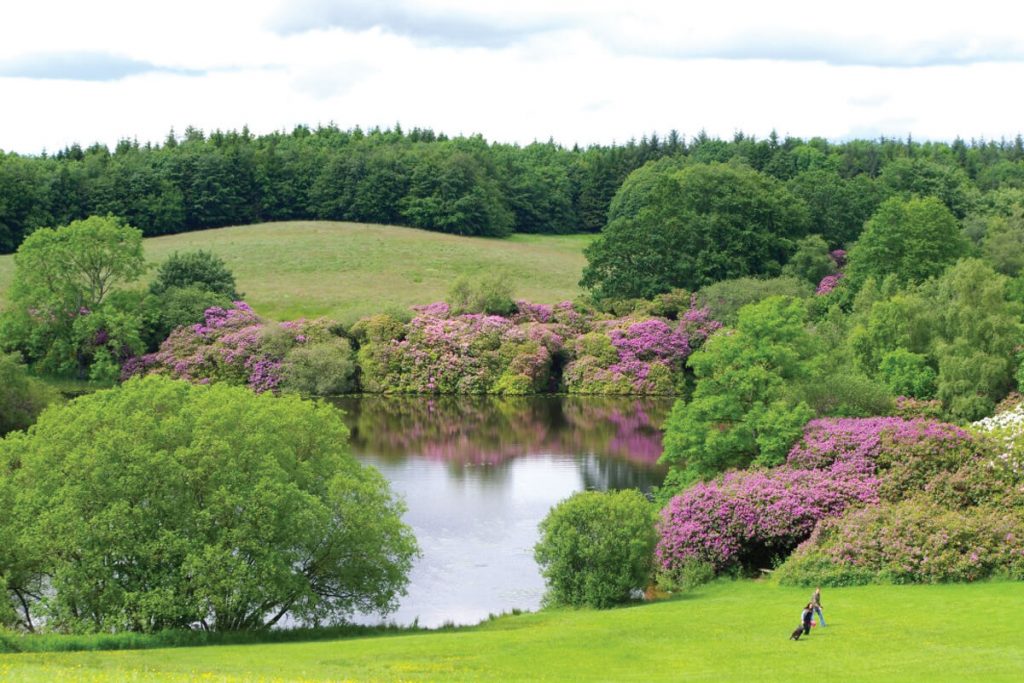 An idyllic oasis of tranquillity, Rossmore Forest Park holds a number of clues as to the family that once lived in its castled grounds. Wander through this beautiful area and you’ll come across these clues, one by one. Look carefully and you’ll see the buttresses of the old castle walls and the entrance stairway, a stunning walled garden, mausoleum and even a pet cemetery.

And what do these clues tell us? Of another world and a family that once lived here in splendid isolation. It was in 1769 that Robert Cunningham, MP for Monaghan Borough, became a Baron. But it was his successor, Warner Westenra, who commenced the building of Rossmore Castle and his son, Henry Robert, who completed it. And what a job he did.

Stroll through an arched walkway of trained shrubs in the old walled garden, with its wonderful yew hedges. Here was the formal garden of the old castle. Enjoy the spectacular rhododendron and azalea display in early summer and imagine the glorious life they would have left. Then follow the avenue of yew trees to the mausoleum in the graveyard. More clues await here.

And, as befits Ireland’s Ancient East, you can travel much further back in time than this. A court tomb dating back to about 3000 – 1800 BC stands in the grounds and a gold collar from that time was discovered here and is now on display in the National Museum, Dublin.

Just three kilometres from Monaghan Town, the park is ideal for picnics and nature trails by lake and through forest. And within easy reach are golf clubs, open farms, swimming pools and wildlife centres. Happy exploring