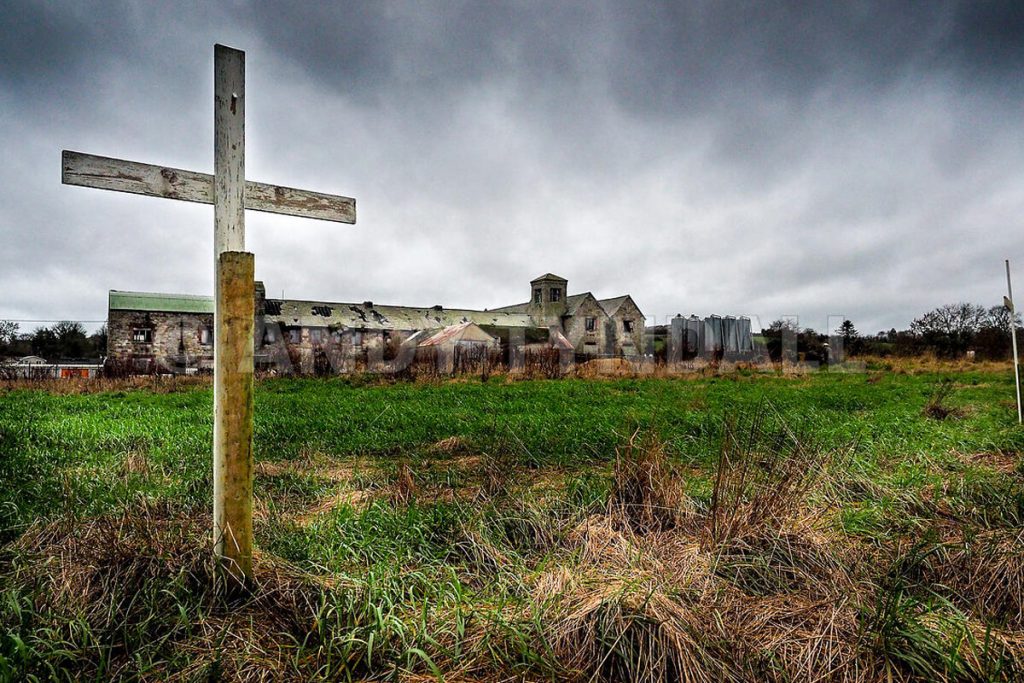 When you know the story behind it, a simple object can evoke the most intense emotions.  Take three wooden travel boxes that feature in an installation by artist Orlagh Meegan-Gallagher at the atmospheric Carrickmacross Workhouse. Items around the boxes – a bonnet, cloak and old door – offer clues, however, it’s the boxes, made from the original floorboards of the Children’s Dormitory here, which capture the poignancy of this true story.

Three names are inscribed on the boxes, Agnes Fox, Rose Sherry and Mary Fee.  Let’s follow their story from this very place across to the other side of the world.  The three teenage girls – Agnes was just 14 at the time – were ‘inmates’ of Carrickmacross Workhouse when the potato blight was ravaging the country.  While vast quantities of food were exported between 1845 and 1850, a million people died of starvation and a million more emigrated.  Ireland’s 163 Workhouses were full to the brim of the hungry and destitute, including many orphaned children.

The old door in the art installation was well known to the girls.  It is the original door from the Children’s Dormitory and from their beds they would have seen it closed each night at 8pm.

The girls’ lives, already blighted by grief and hardship, were about to take another dramatic turn.  The British colony of Australia required young women as domestic servants and prospective wives for the settlers and convicts.  Lord Earl Grey, British Secretary of State for the Colonies, saw an opportunity.  From the teeming Workhouses of Ireland some 4,114 girls, aged from 14 to 18, were sent to Australia, including 38 from Carrickmacross Workhouse.  Their clothing was paid for, travel boxes made and inscribed and off they were despatched; leaving their families and country forever.

Of the 38, 14 sailed to Adelaide aboard the ‘Roman Emperor’ in 1848, while 24, including Rose, Agnes and Mary, were Sydney bound on the ‘John Knox’ the following year.  In all, County Monaghan would supply some 97 girls to the scheme, with 320 more coming from Workhouses in surrounding counties.

The four-month sea journey proved treacherous for some girls, who landed in Australia pregnant, however, a worse ordeal awaited them.  Anti-Irish and Anti-Catholic prejudice were rife and, with no justification, Australian newspapers were quick to categorise the girls as ‘cargoes of juvenile prostitutes’.

What was the fate of our three girls of the travel boxes? Mary Fee married one Edward Poulton.  It would be nice to think young Agnes was able to stay near her elder sister Catherine, a fellow passenger.  As for Rose, she became a laundress and married a fisherman, William Chamberlain.  She died at the age of 66, the much-loved mother of nine children.

Part of the rich tapestry of stories that compose the remarkable heritage of Ireland’s Ancient East, Carrickmacross Workhouse is open for one-hour tours from 9am to 5pm, Mondays to Fridays.