The Fairytale Lace of Carrickmacross 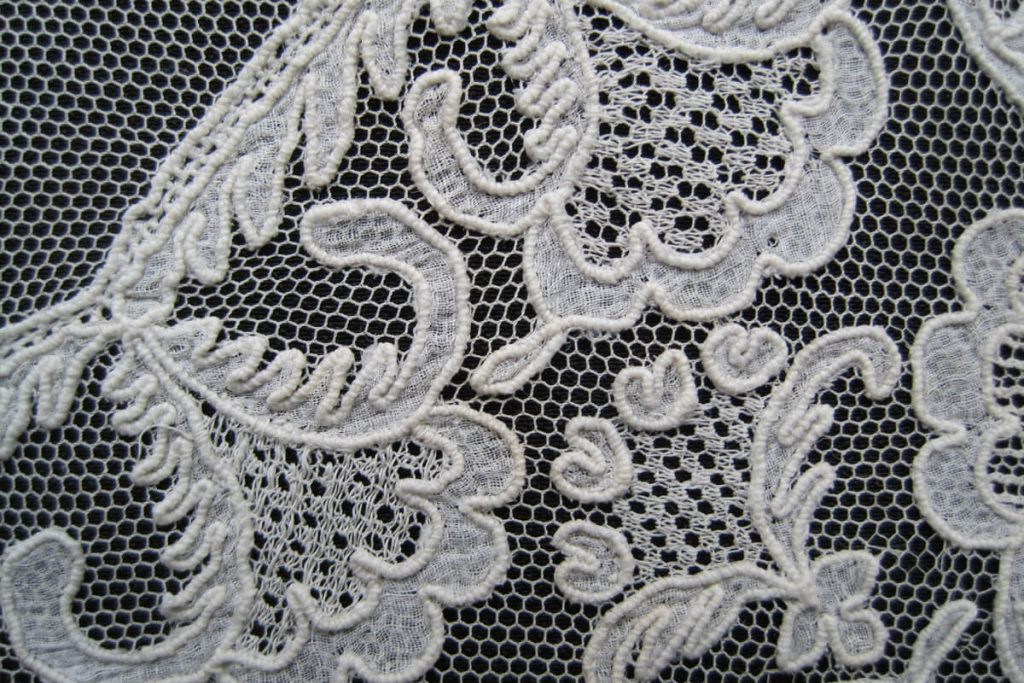 It was called a fairytale wedding.

In one of the most eagerly awaited royal weddings of the age, Kate Middleton, the Duchess of Cambridge, won plaudits from the fashionistas of the world when she walked down the aisle to marry her prince in a striking long-sleeved dress with sheer, cream-lace arms.

And like every good fairytale there was a little magic involved. The stunning lace pattern on Kate’s ensemble is known as Carrickmacross and it has a story all of its own. It all began with a determined woman called Mrs Grey Porter back in the 1820s. She wanted to find a skill she could teach local woman to earn much needed money. On her honeymoon in Italy – she was married to the rector of a nearby village – she had collected examples of beautiful appliqué lace and decided this would be a perfect craft for the women to pursue.

After the Great Famine of the 1840s, a lace school was set up at Carrickmacross to help the starving people of the area. Made by the poor for the rich and famous, the exquisite lace became ever more popular.

It is a delicate and painstaking art. The unique lace is made by applying fine cambric or muslin to a net base, outlining the design with a thick thread and cutting away the surplus fabric to form the pattern on the net base.