The Magic of Mullan 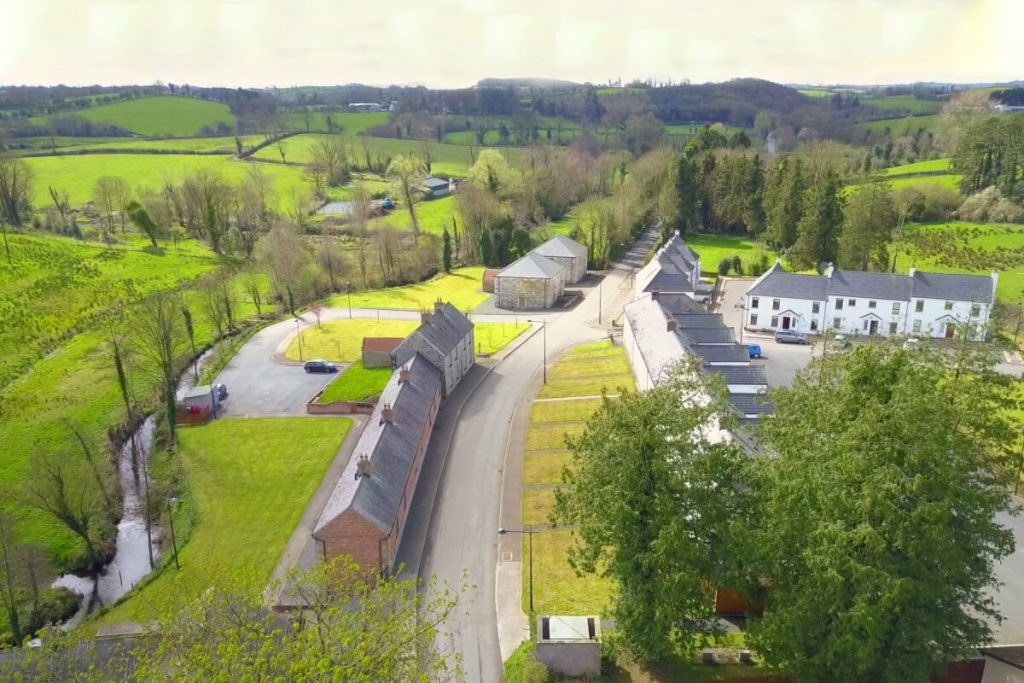 Memories are made of this. Of working at a bustling mill, smuggling food past customs guards, conducting romances at dance halls and fishing at a tranquil river. Mullan represented the very essence of real Irish country life.

It was back in the 18th century that Mullan was planned as a centre for linen manufacture. Later, Charles Powell Leslie (of the famous clan that owned Castle Leslie at Glaslough, a few miles away) built a flax mill and rows of houses for the workers. In 1920, a flourishing boot factory was established, which made footwear for the Irish army.

Living so near the border with Northern Ireland created interesting problems for residents as they entered into a constant battle of wits with the ever-vigilant customs officers. One resident recalls as a young boy during the Second World War trying to smuggle loaves of bread from a shop across the Blackwater River. Just as he furtively sneaked by the boot factory, a customs officer stopped him and confiscated the bread. Suddenly the man changed his mind, handing him back the loaves. Surely it couldn’t have been because he was lodging at the boy’s house and was worried about a breadless tea!’

And what could be more redolent of Irish country life than ‘the ballroom of romance’, the dance hall which the boys and girls of Mullan flocked to in the 1950s to court and dance to the latest music?

Sadly, as a border village Mullan suffered badly during the ‘Troubles’ and when the boot factory finally closed its doors, buildings fell into disrepair and the population began to dwindle. But, recently the village has been transformed and the good times have returned. Now part of the beautiful Blackwater Heritage Trail, the old mill village is a popular place for visitors who want to imagine real Irish country life of the past.