The Royal Origins of Glaslough 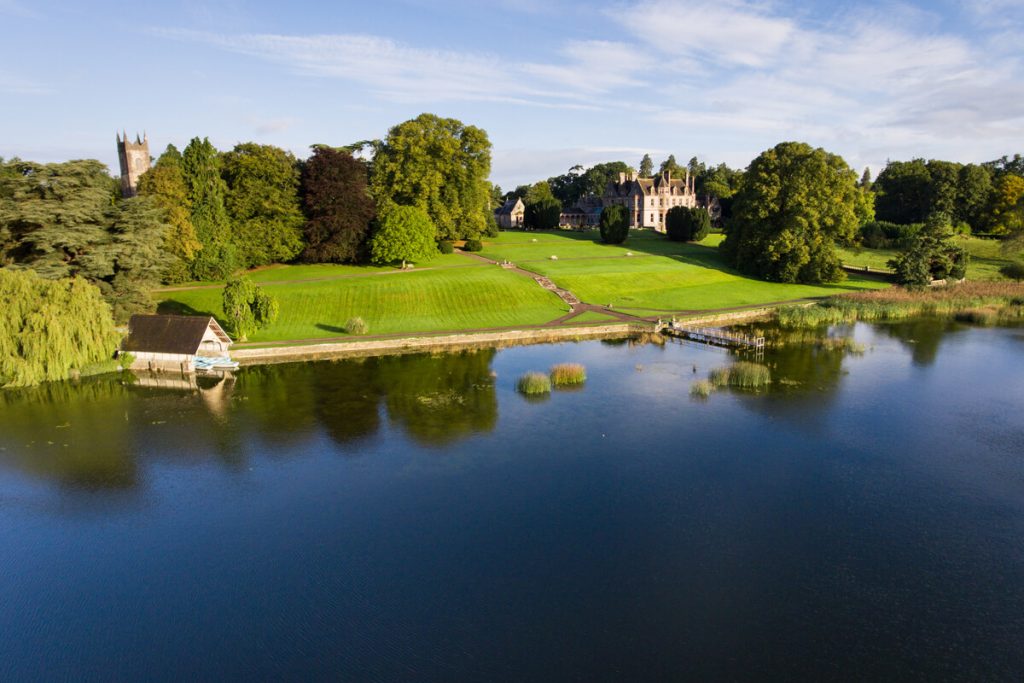 The story of the illustrious Leslie family, owners of the beautiful Glaslough Estate, goes back a thousand years to when a young Hungarian nobleman called Bartholomew Leslie was chamberlain to Margaret, Queen of Scotland. One day, as they crossed a swollen river on horseback, the Queen’s horse stumbled. “Will my buckle hold?” the terrified Queen cried. ‘Grip fast’, Bartholomew shouted and so she did. From that time the dynasty Bartholomew founded (he had the good sense to marry the Queen’s sister) had three buckles on their coat of arms.

Now move forward to the 1600s and John Leslie, known as ‘the fighting bishop’, buys the land around beautiful Glaslough, extending the castle and building St Salvator’s Church. Over many generations, the colourful Leslie clan throw up several famous diplomats, writers and soldiers.

Today, Castle Leslie is still a family home. It is also a hotel and spa, becoming world famous as the venue for Beatle Paul McCartney’s wedding to Heather Mills, one of Ireland’s greatest social occasions.

You can wander the beautiful grounds, visiting charming St Salvator’s, where Paul McCartney and Heather Mills took their vows, the delightful hunting lodge, the walled garden and magical green lake, not to mention the picturesque castle itself. Nearby is the ancient Donagh graveyard.

But what of the timeless village that grew up alongside the castle? One of Ireland’s hidden gems; it is full of characters and stories of its own. Settle into the Coach House pub and listen to the anecdotes of village life. Inspect the Leslie Monument, erected by tenants of the estate after Charles Leslie had eased them through the ravages of the Great Famine. Then there’s the lion’s head on the old water pump on Barrack Hill and many other delights. Each one is a story in itself.

In Ireland’s Ancient East, stories emerge from every landscape.