The Saint of Clones 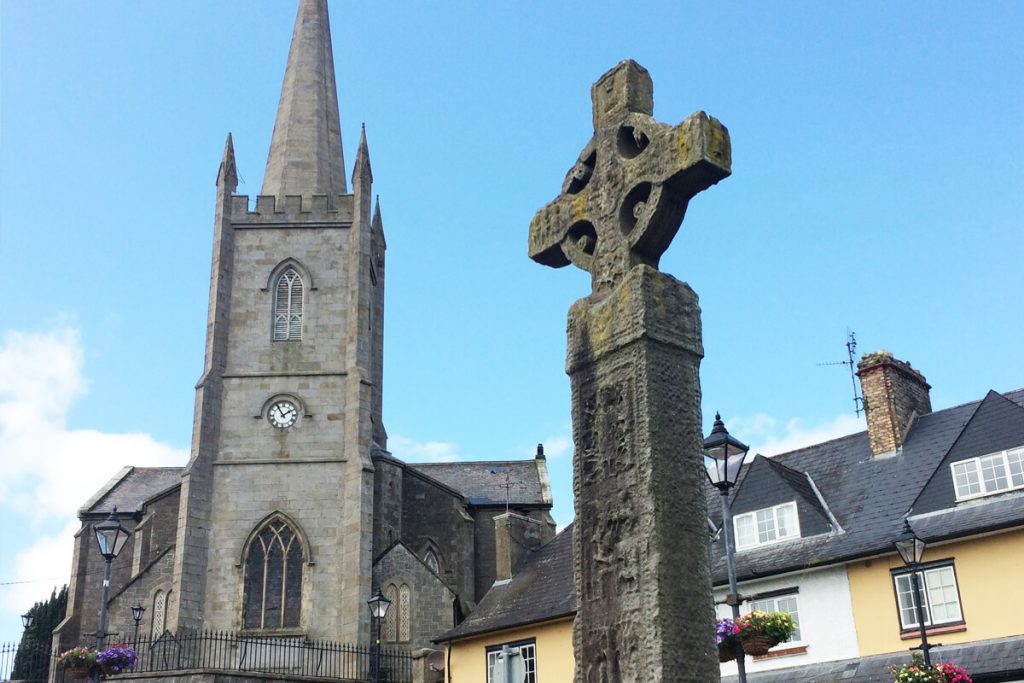 Journey back in time with us and follow the story of Christianity as it helped shape Clones.

The story begins with Saint Tighernach. Born to a royal mother, devout and determined, he earned fame for raising the Archbishop of Armagh, Doach, from the dead. Just decades after St Patrick had brought Christianity to Ireland, Tighernach founded a monastery here at Clones.

You can still see the round tower which belonged to his monastery. Here monks scuttled up in times of attack, scanning the horizon for pillaging Vikings before hurrying to secure their valuables on the upper floors.

The story moves on. The monastery became a thriving community. Monks prayed several times a day, collected honey from bees, created exquisite metal work at the forge, tended crops and ground their own flour to bake bread. They also made beautifully illustrated manuscripts, one of which, the Clones Missal, is now in the collection of Corpus Christ College, Oxford.

All around Clones you can discover signs of Tighernach’s legacy. The ancient High Cross that stands in the Diamond probably belonged to his monastery.

The abbey built by Tighernach was attacked by both Vikings and Normans. After one terrible assault in the 12th century it, and the town, were destroyed. From the ashes a new St Peter and Paul’s Abbey was built, known to locals as ‘the wee abbey’.

And what happened to Tighernach himself? After becoming a hermit, he was buried in a richly decorated sarcophagus in the graveyard near the round tower.

But that is not the end of the story.

The Normans, devout Christians themselves, fought a running war with the Irish chieftains who had ruled this area before. Stand at the raised bank of the fort they built at the highest point of town and imagine this clash of cultures raging around you.

And long after the Norman influence faded, a new wave of Christians, Protestant settlers, arrived to create their own legacy. Behind the ancient high cross in the Diamond stands the Church of Ireland Saint Tiernach’s, named for the saint who founded Clones.

That is just a taste of the story of Clones. To discover more come and join us on the Clones Heritage Trail.