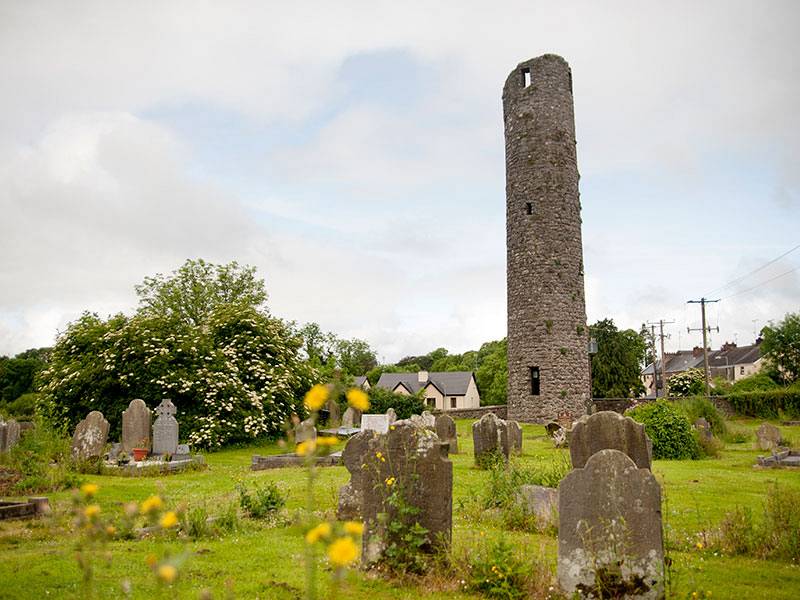 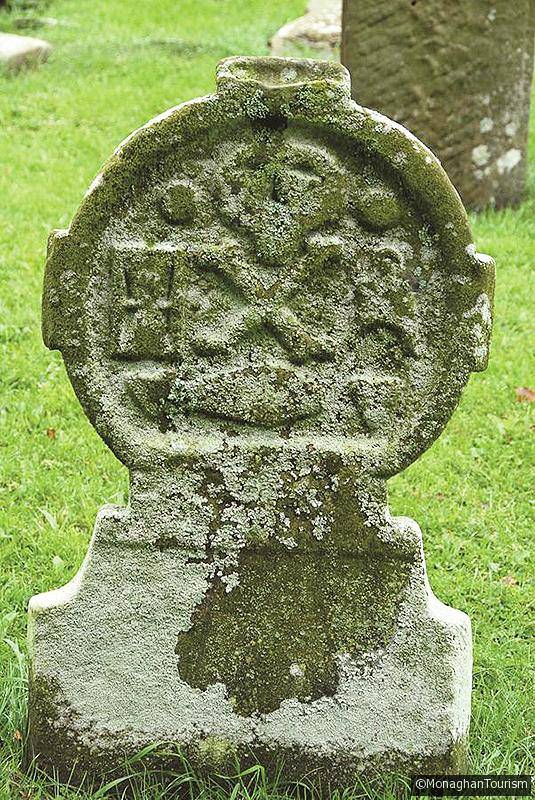 Clones Town (Cluain Eois) began as a monastic settlement c. 500 when St Tiernach founded his monastery there and this was the most important site in Monaghan for centuries afterwards. The tower, cross and church all belong to this period of Clones’ history.

The Round Tower is 75 feet with square headed doors and windows. Nearby is a shrine known as ‘St Tiernach’s shrine’ which is carved out of stone.

The Cross is in two parts which did not belong together originally. One side depicts the sacrifice of Isaac, Daniel in the lions’ Den and Adam and Eve. The opposite side features the multiplication of the loaves and fishes, the wedding feast at Cana and the adoration of the Magi. The other sides are decorated with geometric symbols. The cross is believed to originate from the 9th century.

Things To Do
Book a historical Walking Tour of Clones via the Ulster Canal Stores Visitor Centre on nearby Cara St. Tel: (047) 52125 or direct through George Knight on (047) 51238.